The Science Behind Wet Basements

Many newer homes have water leakage in the basement due to cracks in the foundation, so you’re not alone if you’re battling with a wet basement. Toronto is notorious for heavy rainfall and storms, and spring runoff only adds to every homeowner’s nightmare. Warmer weather not only means sunshine is on the way, but potentially a soggy basement. Understanding the science behind wet basements is easy and will help you to assess the flood risk to your basement.

The Fascinating Properties of Water

The properties of water contribute to its role in the event of a flood. It always begins to accumulate from the lowest point of a space, such as the bottom of a bowl. As the bowl fills up, water pressure increases. Water also follows the path of least resistance, so throwing an iron ball into the bowl is a form of resistance and the water will fill up around it.

The same properties come into play in a wet basement. The bowl is equivalent to the hole that was dug to accommodate your home. Rainwater and melting snow will flow to the lowest point – your foundation. Unlike the surrounding undisturbed land, the hole occupied by your house offers the path of least resistance for water flow. Once it settles, it starts to accumulate, which is eventually followed by a homeowner’s nightmare: when the system installed to divert the water fails.

The Shortcomings of the Quebec Building Code Standard

Many new homes are waterproofed according to the Quebec Building Code (QBC) standard. Despite following best practices, these structures continue to experience cracks. However, through the QBC method, the foundation wall receives a coating of tar and a dimpled membrane.

The latter is a high density polyethylene lining that does not allow water or water vapour to pass through. It lines the foundation wall and allows water to flow between the two structures to the weeping tile. The weeping tile is a perforated pipe used for drainage and it works well to divert water and prevent accumulation.

In theory, this is a good system. However, the weeping tile tends to become clogged with tree roots and soil over time. Since water doesn’t like resistance, it will eventually finds another path which usually happens to be a weak point in your basement infrastructure and seep through a floor-wall joint or cracks in the foundation.

The resulting pressure that is created due to water contact will increase the possibility of cracks in the foundation, which can eventually lead to a leak.

Furthermore, the tar used in the QBC standard also dries up after a few years which enables water to seep in through foundation cracks. That’s why using a double membrane system is the best way to resolve this.

Are There Foundation Cracks in Your Basement?

Carrying out regular checks on your basement is essential. A hairline crack may be easy to ignore, but can be dangerous if left unattended. This is especially true if the interior of your basement is not set up for proper water management with interior waterproofing. So move around some furniture and examine the walls and floor. Call a waterproofing specialist if you see any of the following: 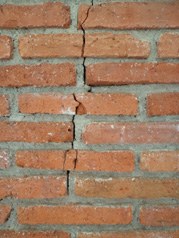 Soil filled with water adds a dangerous amount of pressure to the foundation wall and can lead to cave-ins. Call a specialist immediately. 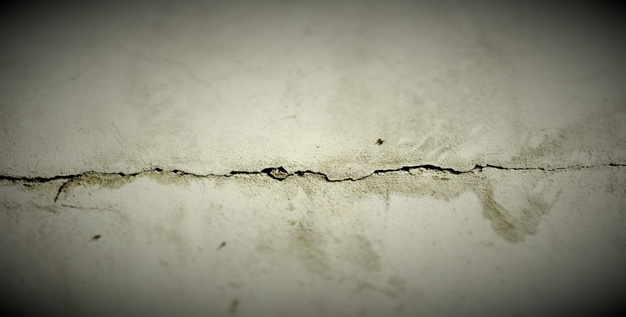 Exhibiting a stairs-like pattern in appearance, these cracks in the concrete block foundation is due to soil pressure.